Written by Administrator. Posted in Research 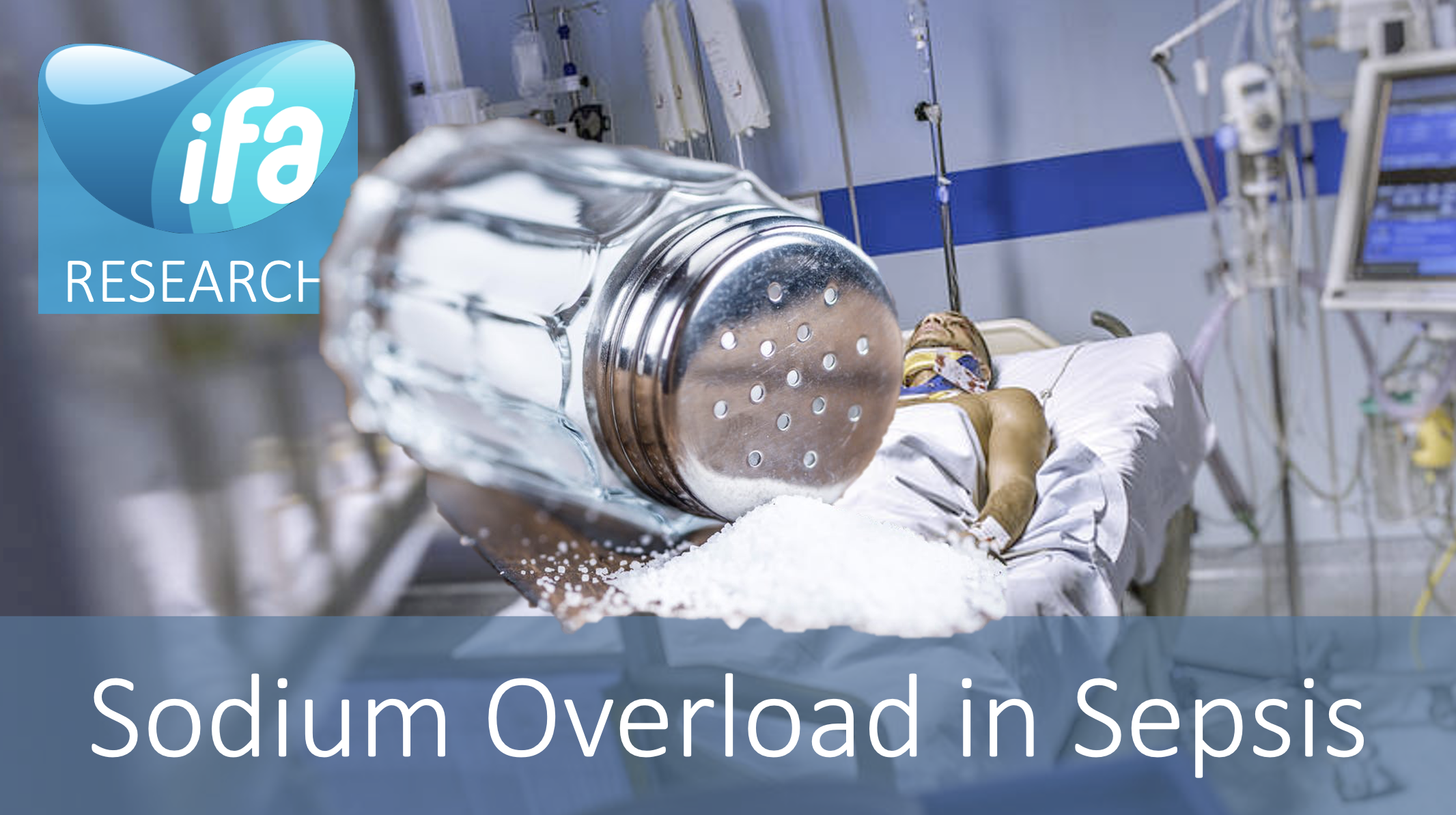 Fluid-induced harm in the hospital: look beyond volume and start considering sodium. From physiology towards recommendations for daily practice in hospitalized adults 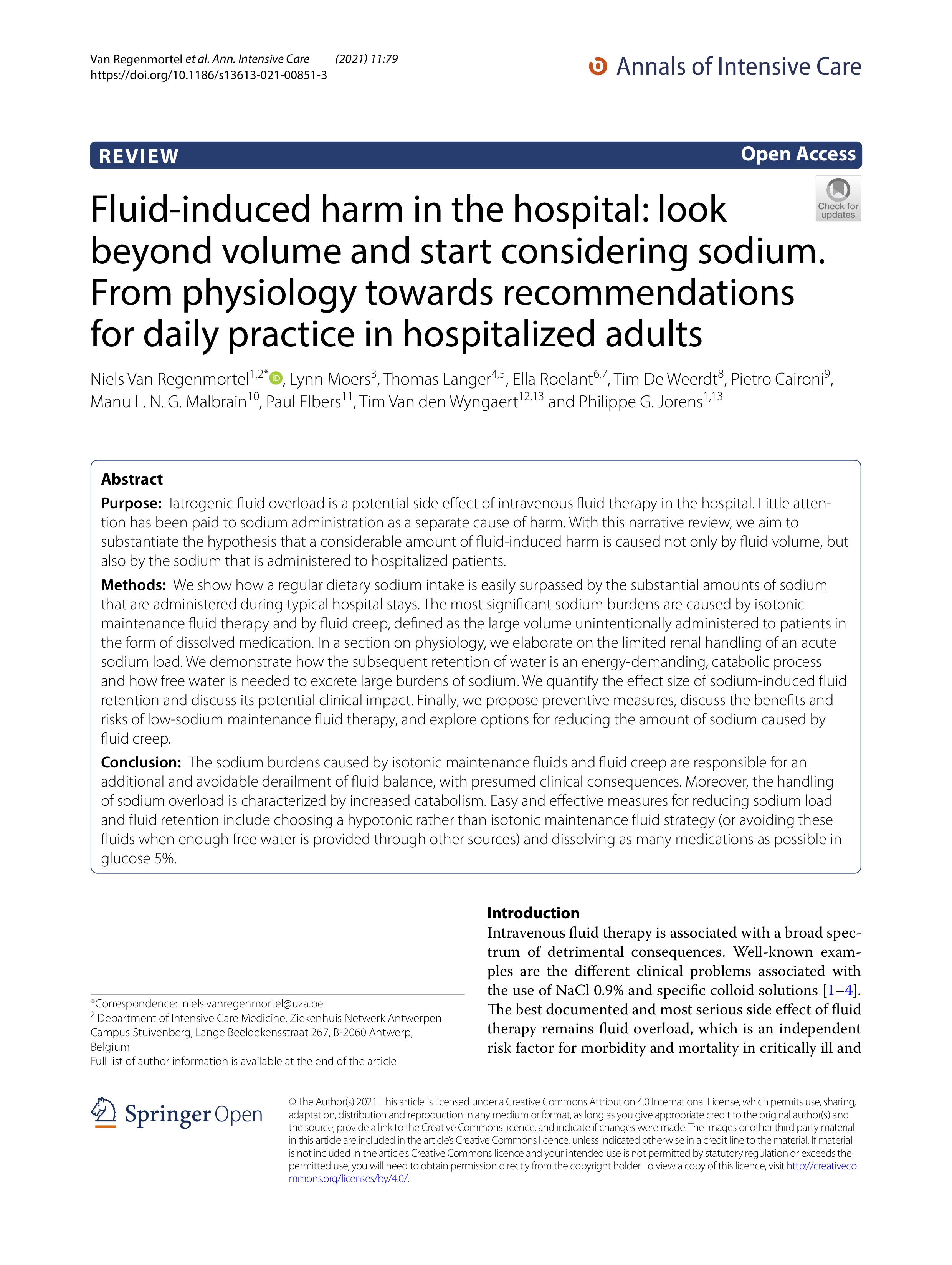 Iatrogenic fluid overload is a potential side effect of intravenous fluid therapy in the hospital. Little attention has been paid to sodium administration as a separate cause of harm. With this narrative review, we aim to substantiate the hypothesis that a considerable amount of fluid-induced harm is caused not only by fluid volume, but also by the sodium that is administered to hospitalized patients.

We show how a regular dietary sodium intake is easily surpassed by the substantial amounts of sodium that are administered during typical hospital stays. The most significant sodium burdens are caused by isotonic maintenance fluid therapy and by fluid creep, defined as the large volume unintentionally administered to patients in the form of dissolved medication. In a section on physiology, we elaborate on the limited renal handling of an acute sodium load. We demonstrate how the subsequent retention of water is an energy-demanding, catabolic process and how free water is needed to excrete large burdens of sodium. We quantify the effect size of sodium-induced fluid retention and discuss its potential clinical impact. Finally, we propose preventive measures, discuss the benefits and risks of low-sodium maintenance fluid therapy, and explore options for reducing the amount of sodium caused by fluid creep.

The sodium burdens caused by isotonic maintenance fluids and fluid creep are responsible for an additional and avoidable derailment of fluid balance, with presumed clinical consequences. Moreover, the handling of sodium overload is characterized by increased catabolism. Easy and effective measures for reducing sodium load and fluid retention include choosing a hypotonic rather than isotonic maintenance fluid strategy (or avoiding these fluids when enough free water is provided through other sources) and dissolving as many medications as possible in glucose 5%.

The costs covering the open access publication of this review article were covered by an unrestricted educational grant from the International Fluid Academy (IFA). The IFA is integrated within the not-for-profit charitable organization iMERiT (International Medical Education and Research Initiative) under Belgian Law. The IFA website (http://www.fluidacademy.org) is now an official SMACC (Social Media and Critical Care) affiliated site and its content is based on the philosophy of FOAM (Free Open Access Medical Education - #FOAMed).