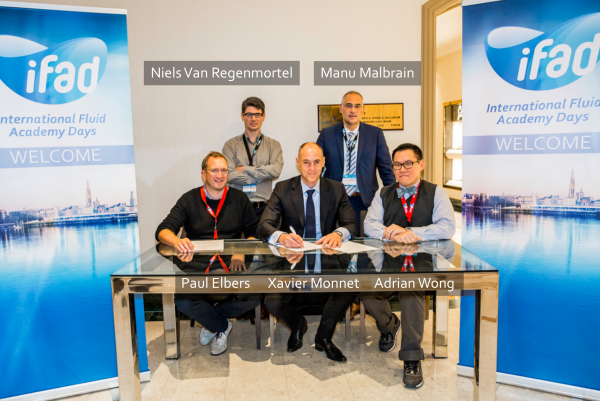 The iFAD started as local initiative from the pharmaceutical working group on fluids from the Ziekenhuis Netwerk Antwerpen (www.zna.be). Today iFAD is integrated within the not-for-profit charitable organization iMERiT, International Medical Education and Research Initiative, under Belgian law and as such the iFAD Organising Committee strongly recognizes and values a constructive partnership with the delegates and industry. The founders of iMERiT are Prof. Dr. Manu Malbrain (University Hospital Brussels, Belgium) and Dr. Niels Van Regenmortel (Antwerp, Belgium). At last IFAD meeting in November 2017, the Executive Committee of iMERiT also got a majority of international members by the appointment of Dr. Adrian Wong (Oxford, UK), Prof. Dr. Paul Elbers (Amsterdam, The Netherlands) and Prof. Dr. Xavier Monnet (Paris, France).

Founded in 2011 during the 1st International Fluid Academy Day (iFAD) meeting the goals of the IFA are to foster education and promote research on fluid management and monitoring in critically ill patients, and thereby improve the survival of critically ill patients by bringing together physicians, nurses, and others from a variety of clinical disciplines. The primary goal of the IFA is to establish an international collaboration group with the final aim to improve and standardize care and outcome of critically ill patients with an emphasis on fluids, fluid management, monitoring and organ support. This can be achieved by collaborative research projects, surveys, guideline development, joint data registration and international exchange of health care workers and researchers. The acquired knowledge and results of research will be published in Medical Fluids, the international journal on medical fluid management (published in Anaesthesiology Intensive Therapy), and shared with his peer group each year during the meeting. After 5 successful editions the organising committee decided to make it a bi-annual event. However during last IFAD it was decided (because of huge demand) to host the next big 3-day IFAD in 2020 in Brussels and in 2022 in Antwerp. In the years in between a one day IFAD meetings will be organised abroad. The aim of the 7th edition is to review recent advances in fluid management, hemodynamic and organ function monitoring in the critical care setting in a comprehensive manner for intensivists, anaesthesiologists and emergency physicians as well as interested internists and surgeons (November 23 in 2018 for the 7th IFAD, Pakhuis De Zwijger, Amsterdam, The Netherlands). At last IFAD meeting (Nov 23-25 2017 in Antwerp) there was no special nursing session, yet around 550 delegates participated.