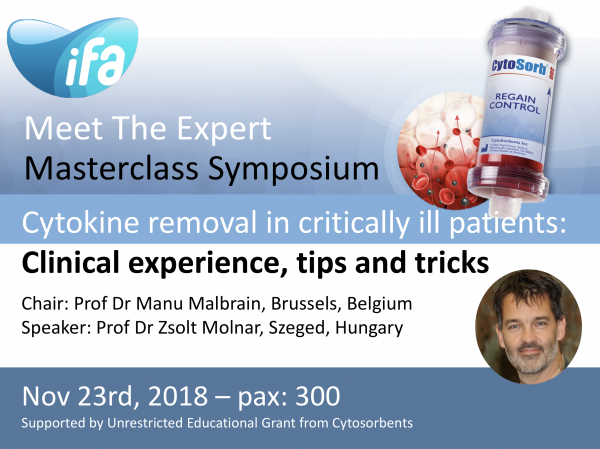 Comment: This masterclass symposium is included when attending the IFAD2018 meeting on Nov 23, 2018

Background: Acute inflammatory disease is accompanied by stimulation of inflammatory mediators. This, primarily, intends to control the inflammatory stimulus. In some cases, however, cytokine response may be overwhelming and causes an overshooting release of cytokines. This is well known as “cytokine storm” and is known to lead to clinical consequences such as shock, vasoplegia, organ dysfunction and capillary leakage. Cytokine removal by extracorporeal blood purification techniques as an adjunctive therapy is intended to modulate an overshooting inflammatory response and increase the chances for recovery. 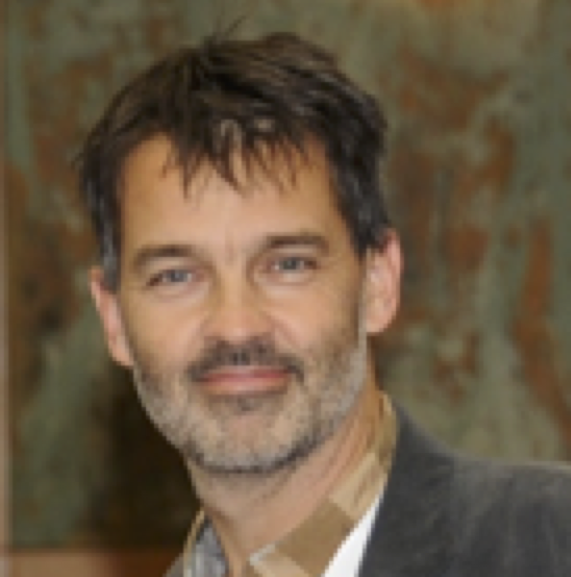 Educational Grant from Cytosorbents: CytoSorbents is an immunotherapy company commercializing its CE approved CytoSorb, a safe and effective cytokine adsorber. CytoSorb is designed to modulate a dysregulated immune response by reducing elevated levels of cytokines and other inflammatory mediators. It is indicated in sepsis, systemic hyperinflammation, rhabdomyolysis and liver failure. So far it has been used safely in over 51,000 treatments worldwide. CytoSorb Therapy - REGAIN CONTROL 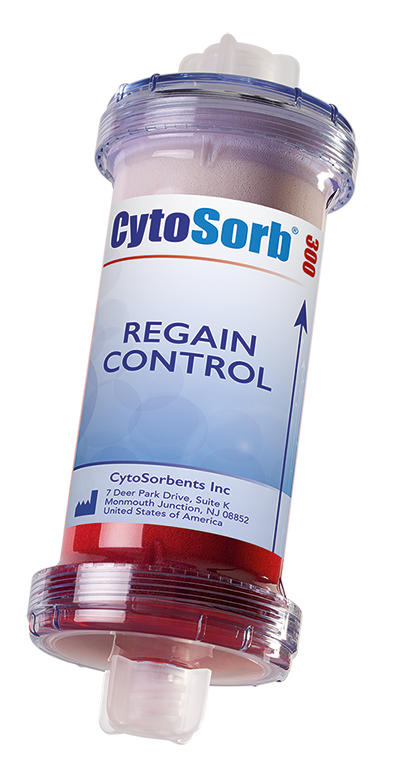